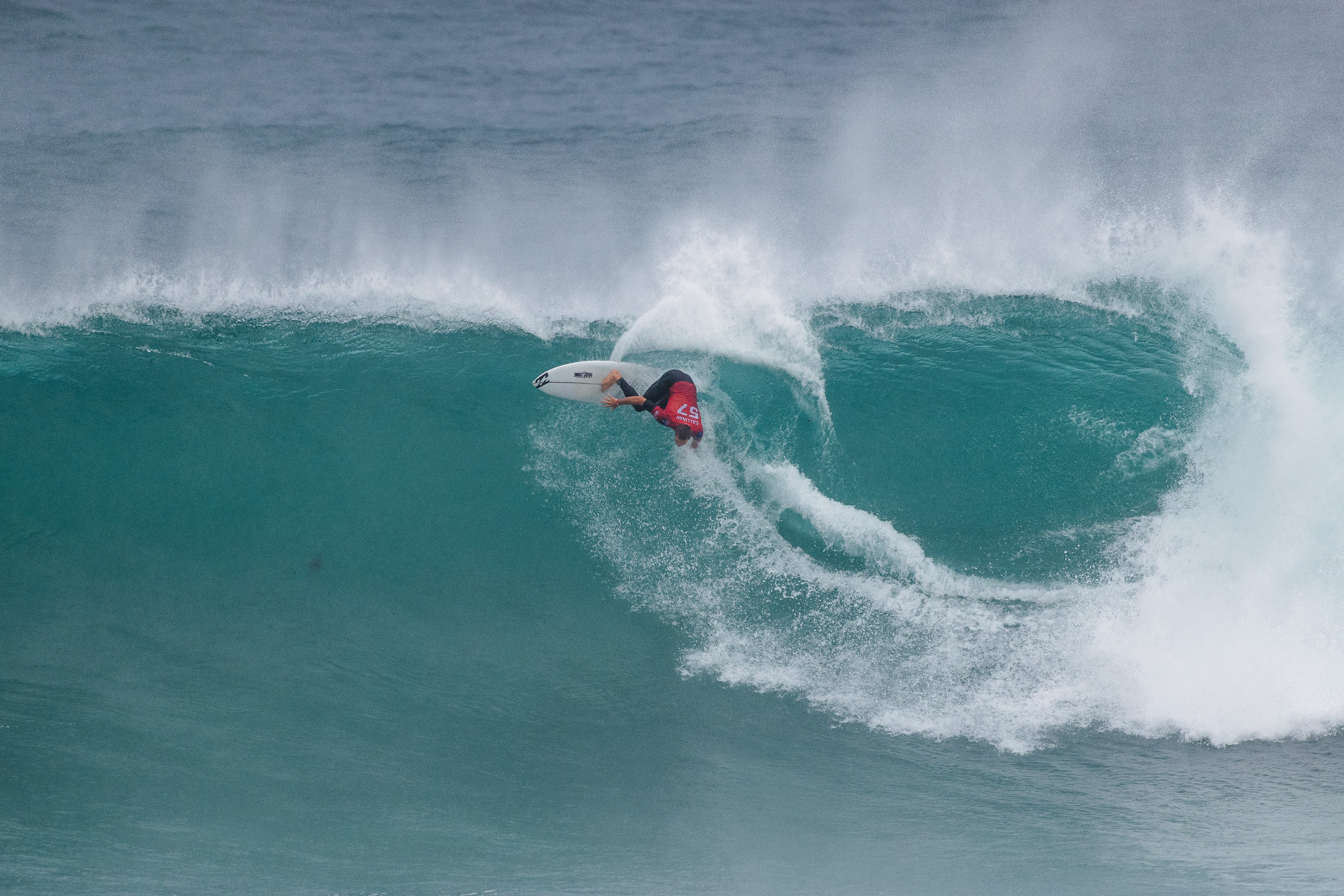 MARGARET RIVER, Western Australia, Australia (Sunday, May 2, 2021) - The Boost Mobile Margaret River Pro pres. by Corona, the fourth stop on the 2021 World Surf League (WSL) Championship Tour (CT), has kicked off in massive surf at Margaret River Main Break for the women’s and men’s opening rounds. Competitors were challenged in super clean surf that built from six feet in the morning up to ten-to-twelve feet by lunchtime with even bigger waves ridden by day’s end. 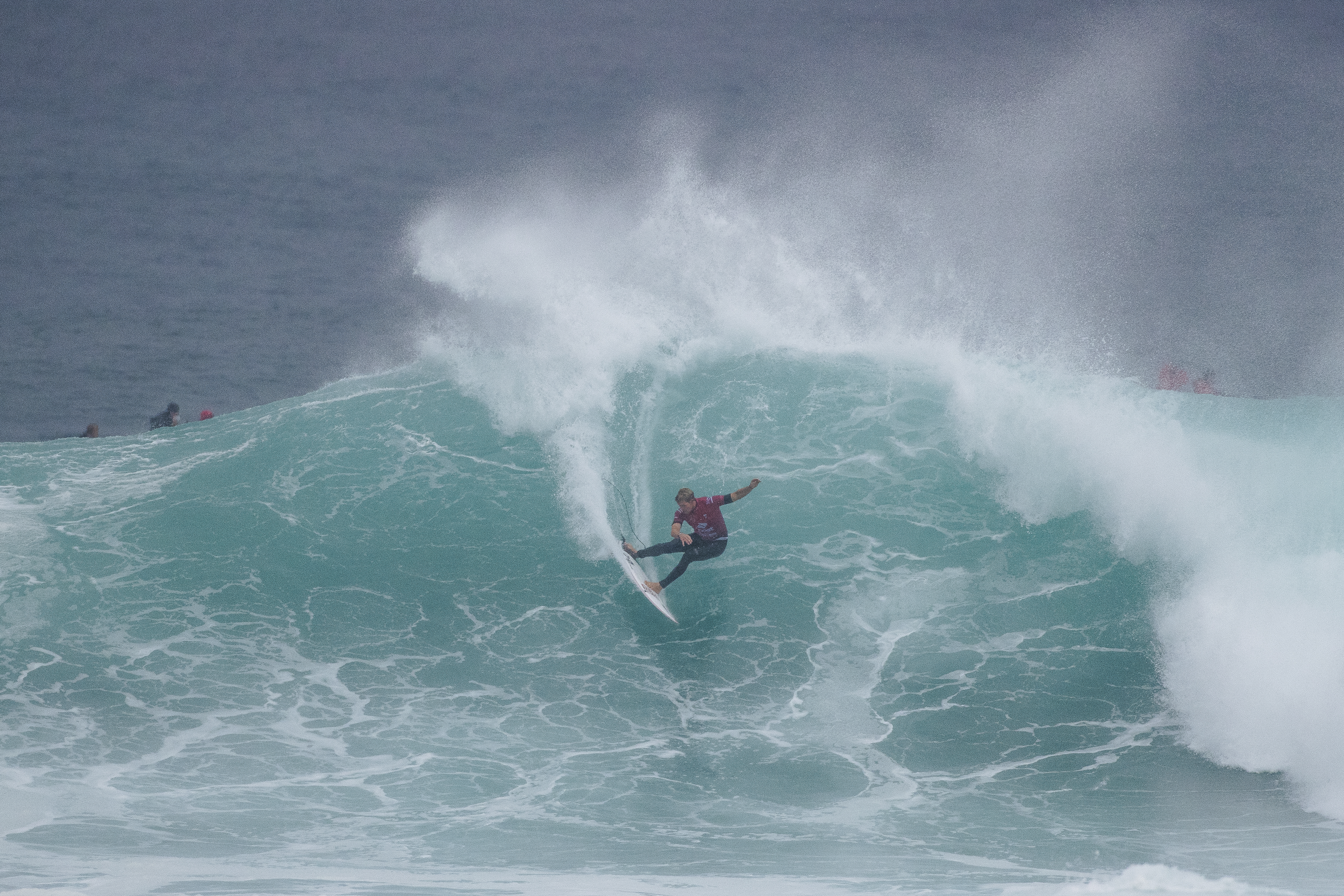 John John Florence (HAW) made a statement in his return to Western Australia with a Perfect 10 in Seeding Round 1 Heat, 3 at Main Break, Margaret River. The two-time WSL Champion threaded a long, deep barrel before coming out and finishing the ride with a solid close-out turn. Florence already has two event titles in Margaret River and now adds this Perfect 10 to this record. After a disappointing 9th place finish at the previous event, Florence is looking more comfortable than ever in today’s big and rugged conditions.

“That was really fun,” Florence said. “I wasn’t even looking to go for that wave because it looked like a closeout, then when I got it I was actually looking to go for turns then last minute I pulled in to the barrel and it just kept going and it stayed open all the way. It’s a really unpredictable barrel here at Main Break, but there are definitely good ones out there if you can find them. I’m surfing on the same board I have surfed out here for the last few years and it always seems to do the job.”

Not far behind Florence was Australian Ryan Callinan, who banked a 9.93 (out of a possible 10) with a courageous display of performance surfing in the huge Main Break surf. Callinan smashed two aggressive backhand re-entries, going vertical in the critical section of the massive waves and only just avoiding a huge avalanche of white water when riding out of the closeout.

Amuro Tsuzuki (JPN) is through to the Round of 16 with not only the first heat win of her career but the first heat win for a female Japanese surfer in over twenty years on the CT. The Boost Mobile Margaret River Pro is Tsuzuki’s second time competing in the CT, replacing Lakey Peterson (USA). The 20-year old is currently ranked 18th on the leaderboard and defeated World No. 2 Caroline Marks (USA) and World No. 11 Malia Manuel (HAW). Tsuzuki and Marks will advance to the Round of 16, while Manuel will be relegated to the Elimination Round. 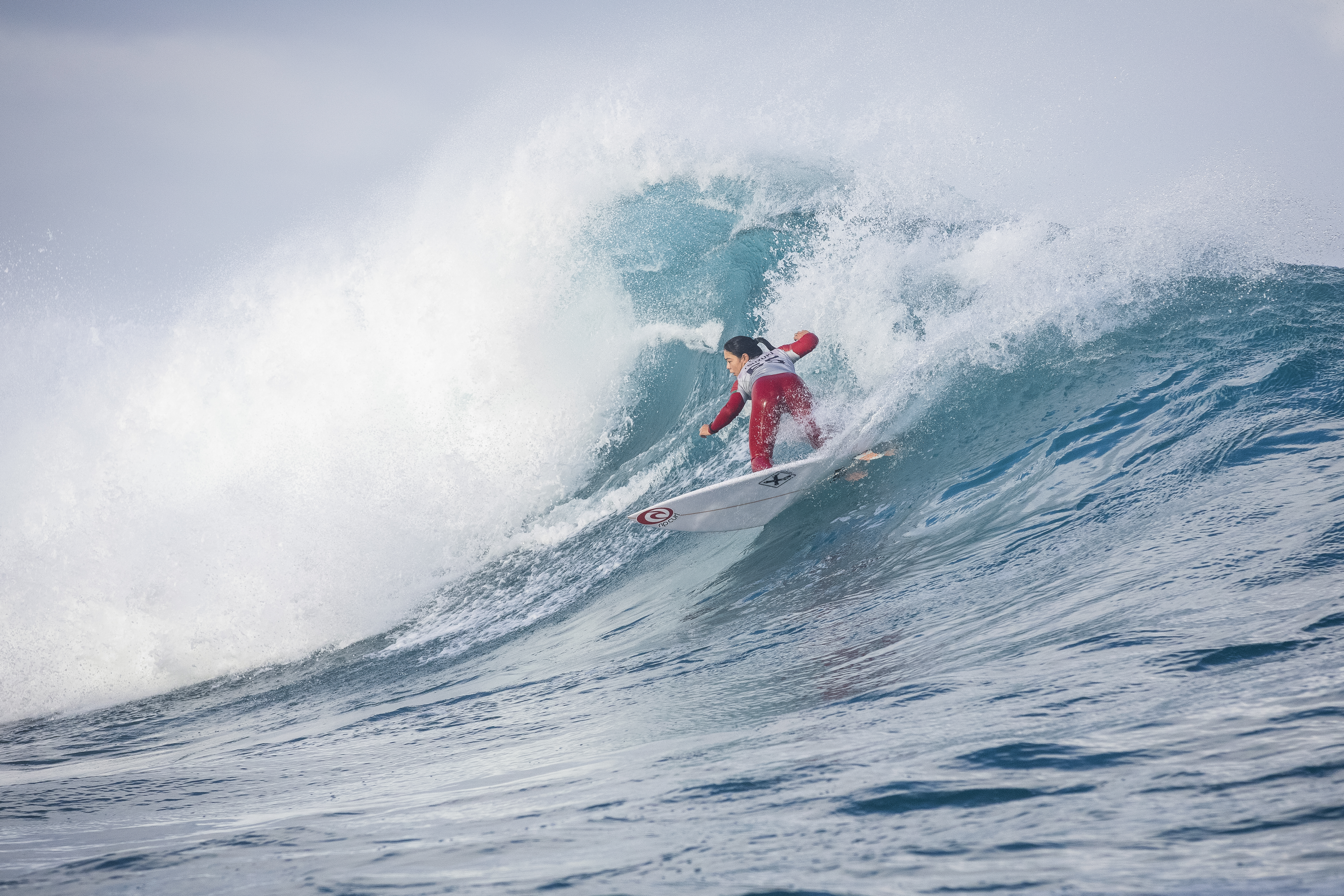 “I was super nervous out there with the bigger surf,” said Tsuzuki. “I wasn’t particularly comfortable on my backhand but when the waves were coming, I knew that the left would be the best option. I’m enjoying my time here and the challenge of the bigger surf in Margaret River.”

World No. 1 Moore Sets the Bar with First Excellent Score of the Day

Current World No. 1 Carissa Moore (HAW) is known for her powerful surfing in all conditions, but set the standard today for Main Break with an excellent 8.33 (out of a possible 10). Four-time WSL Champion Moore outpaced Australians Nikki Van Dijk and Willow Hardy to win the heat and secure the top seed in the Round of 16. Hardy is the event’s local wildcard after winning the trials. She will have another opportunity on the elite surfing stage in the Elimination Round when the competition resumes. 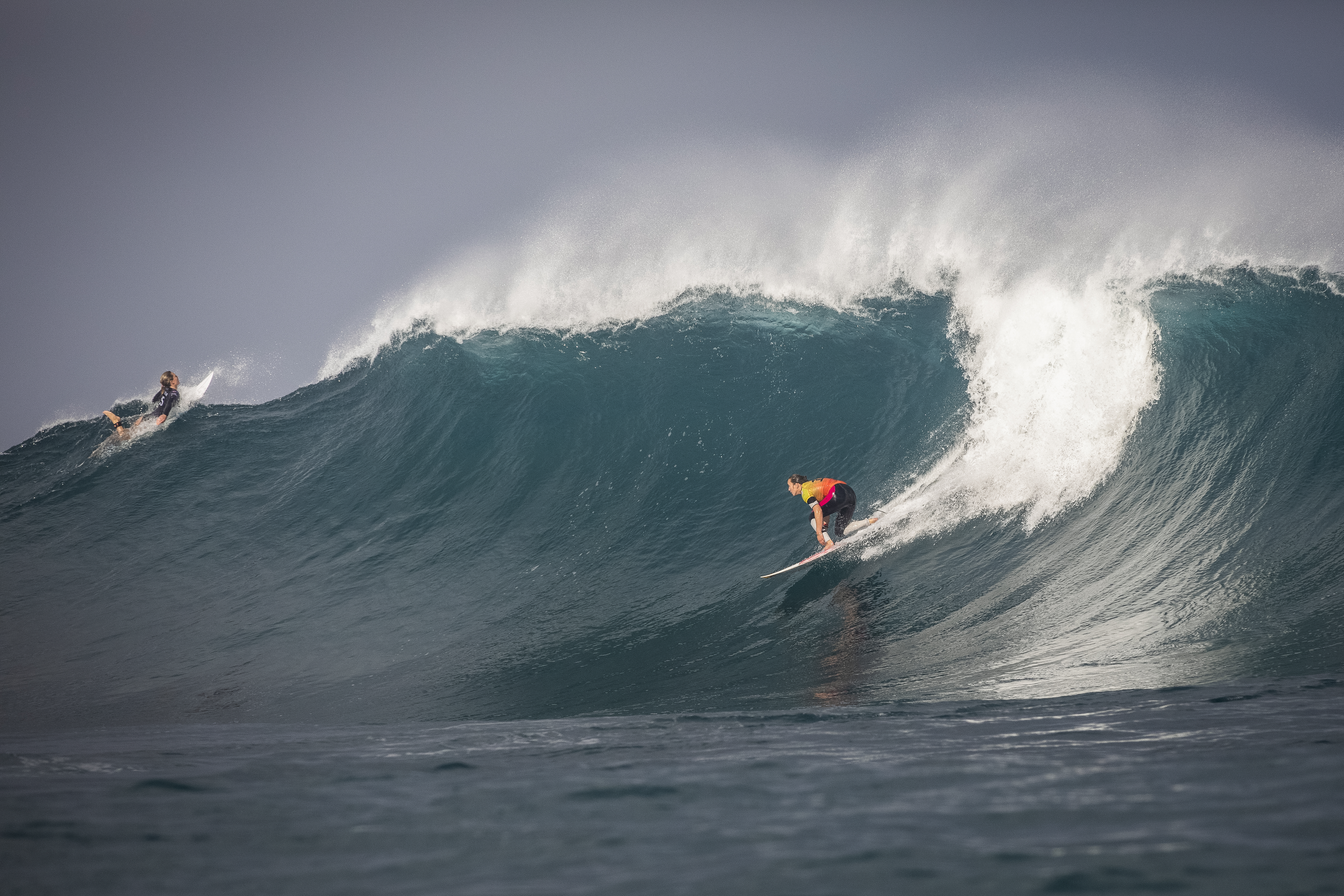 Rookie Matthew McGillivray (ZAF) registered his first three-man heat win at the elite level today, posting the second-highest heat total of the day with a committed display of power surfing in the solid surf at Main Break. After back-to-back last-place finishes on the east coast of Australia, McGillivray’s affinity with waves of consequence was made clear as he clinched a commanding victory with a two-wave total of 17.33 (out of a possible 20) in his first-ever event in West Aus. 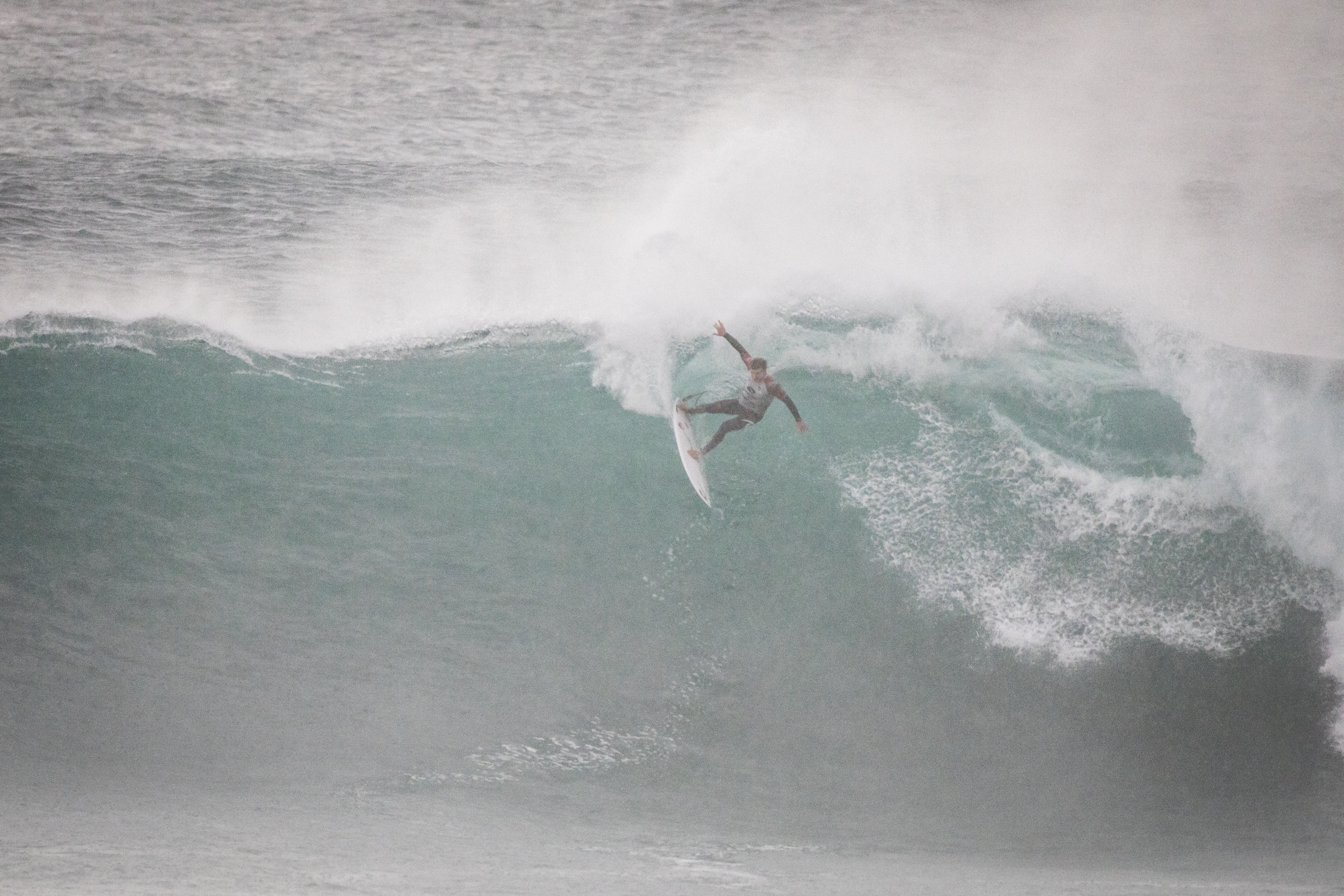 “It’s so good to finally get to surf here at Main Break,” McGillivray said. “The surf has just been building all day and it’s absolutely pumping. I surfed a board that was made for competing in Hawaii and it worked really well out there. I’m just stoked to have such pumping surf in a heat and it looks like it’s going to keep coming so it should be a sick few days."

Local Trials winner Jacob Willcox (AUS) led the charge for the local competitors, winning Heat 5 against Italo Ferreira (BRA), reigning WSL Champion and current World No. 2. Bronte Macaulay (AUS) avoided the Elimination Round with a second-place finish behind Johanne Defay (FRA) in Heat 6 of Round 1. Hardy, Jack Robinson (AUS), and Cyrus Cox (AUS) were not so fortunate and will battle to avoid elimination in Elimination Round 2. 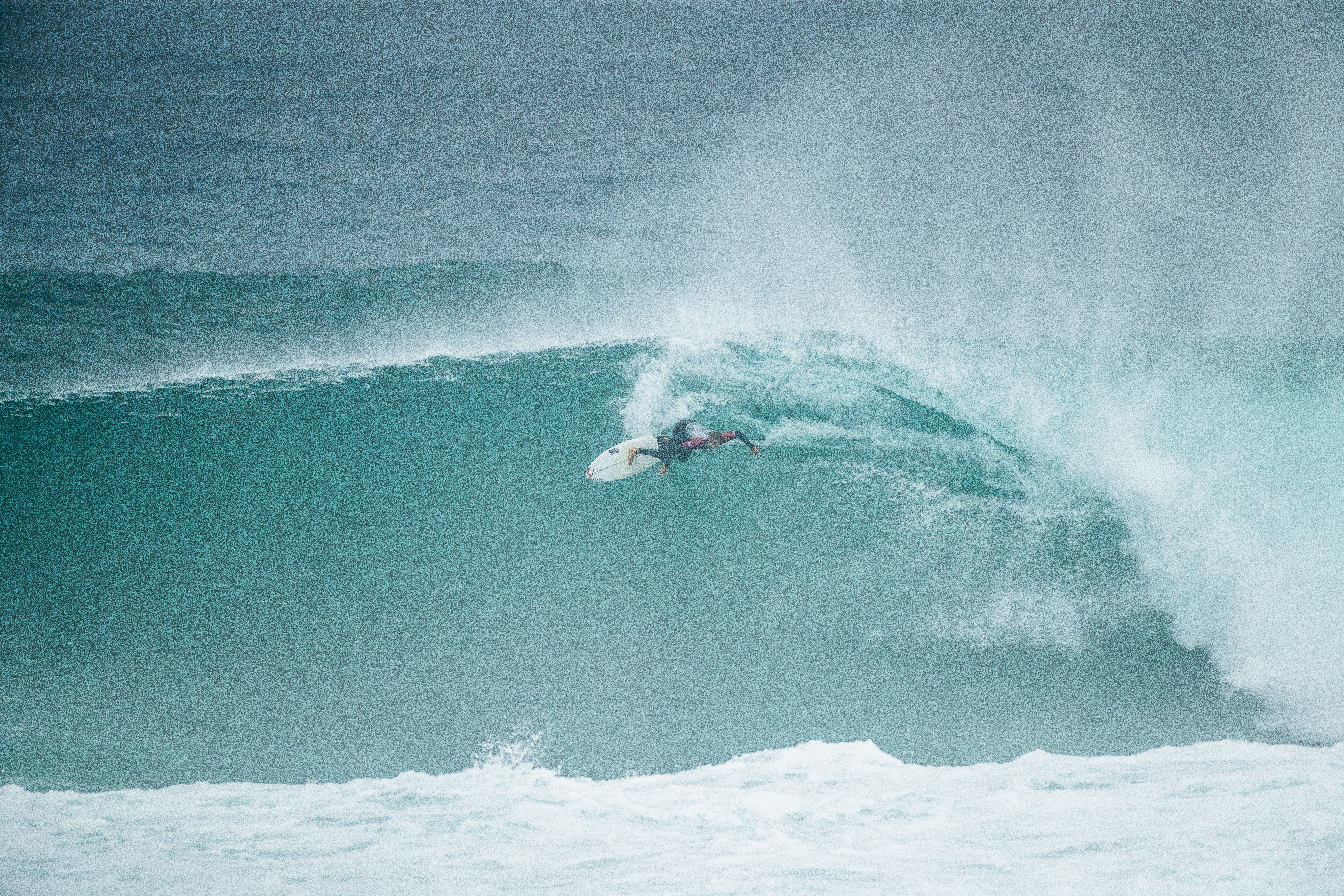 The Boost Mobile Margaret River Pro pres. by Corona runs through May 12. The event will be broadcast LIVE on WorldSurfLeague.com and the free WSL app. Also, check local listings for coverage from the WSL's broadcast partners.