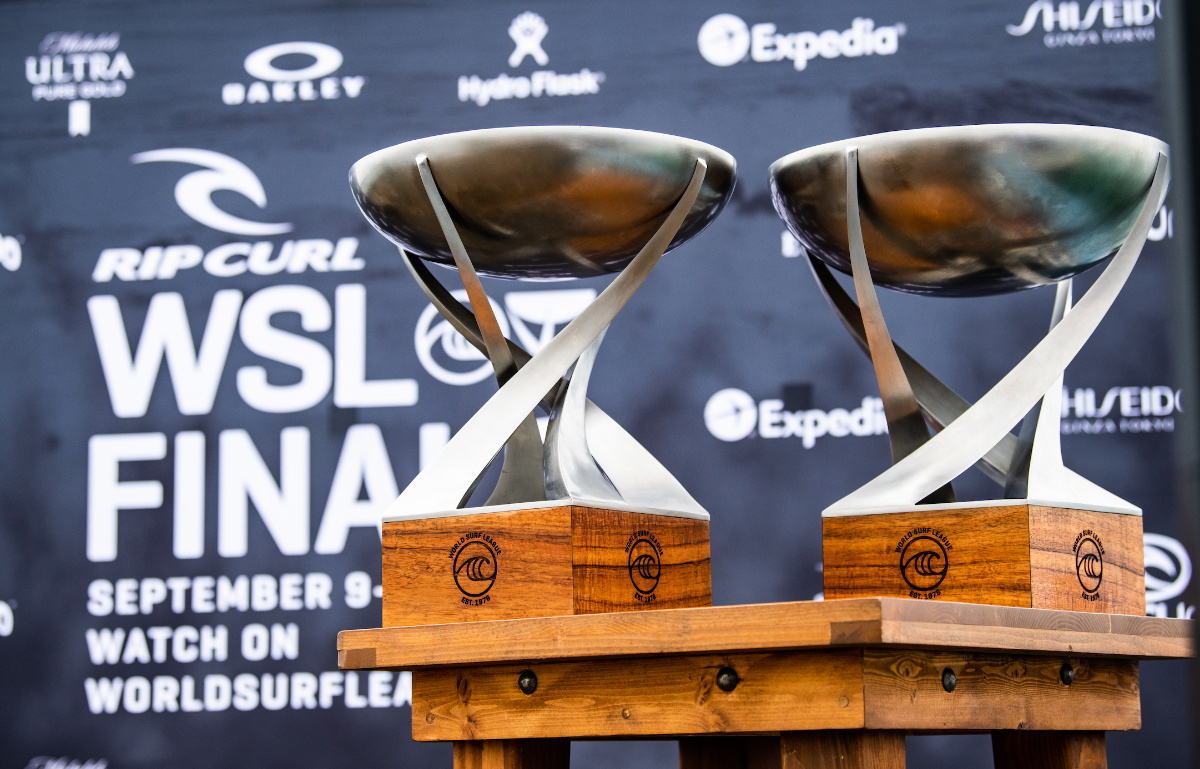 The 2021 World Surf League (WSL) Championship Tour (CT) will hold the first-ever Rip Curl WSL Finals in the best surfing conditions, running over one day, between September 9 - 17 in the new, winner-take-all event to decide the undisputed 2021 World Champions. Currently the organizers are eyeing a good south swell to start showing on September 11, with bigger surf over the following days.

The top-ranked male surfer Gabriel Medina will have a major advantage over the other WSL Final 5 contenders as he will be seeded directly into the Title Match, a best-of-three showdown to determine the World Champion. The remaining surfers will enter the Rip Curl WSL Finals bracket based on their year-end rankings. The women will be the first to take the water with Match 1 and will alternate with the men for the remainder of the day. 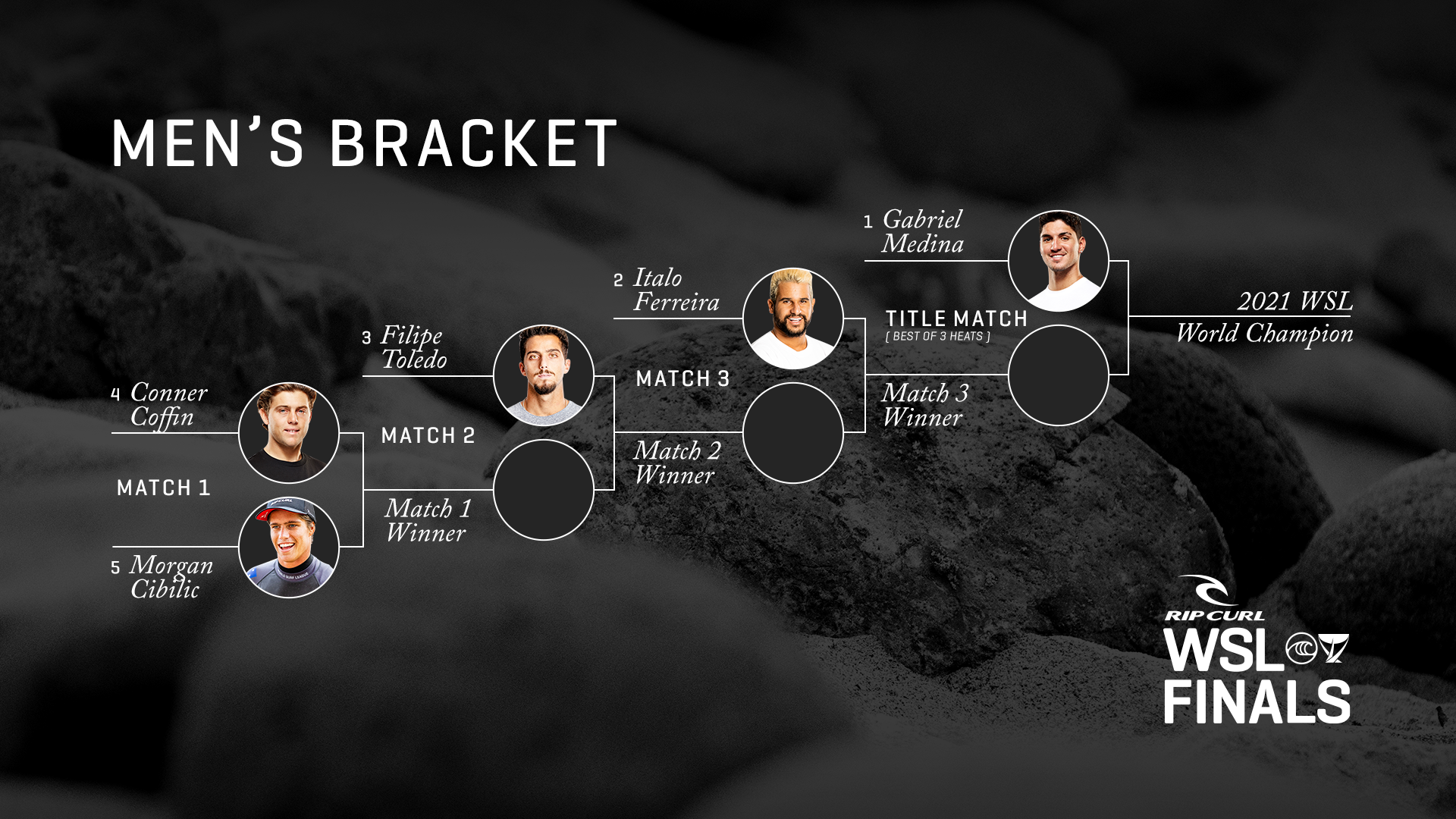 On the men’s side, Match 1 will see rookie Morgan Cibilic (AUS) face off against Conner Coffin (USA). Matches will have a traditional heat format in a head-to-head competition. The winner will advance to Match 2 where he will face world No. 3 on the WSL Leaderboard: Filipe Toledo (BRA).

The winner of Match 2 will then face-off against the number-two ranked surfer, Brazilian Italo Ferreira, in Match 3. The winner of Match 3 will move on to the best-of-three Title Match, where he will face the World Number 1 Medina in a head-to-head competition with a traditional heat format. The first surfer to win two out of three heats becomes the undisputed 2021 World Champion.

Surf legend and Surfing.com’s own Ian Cairns previews the upcoming 2021 Rip Curl WSL Finals, the match ups, and predicts the outcome of each match and the World Title. 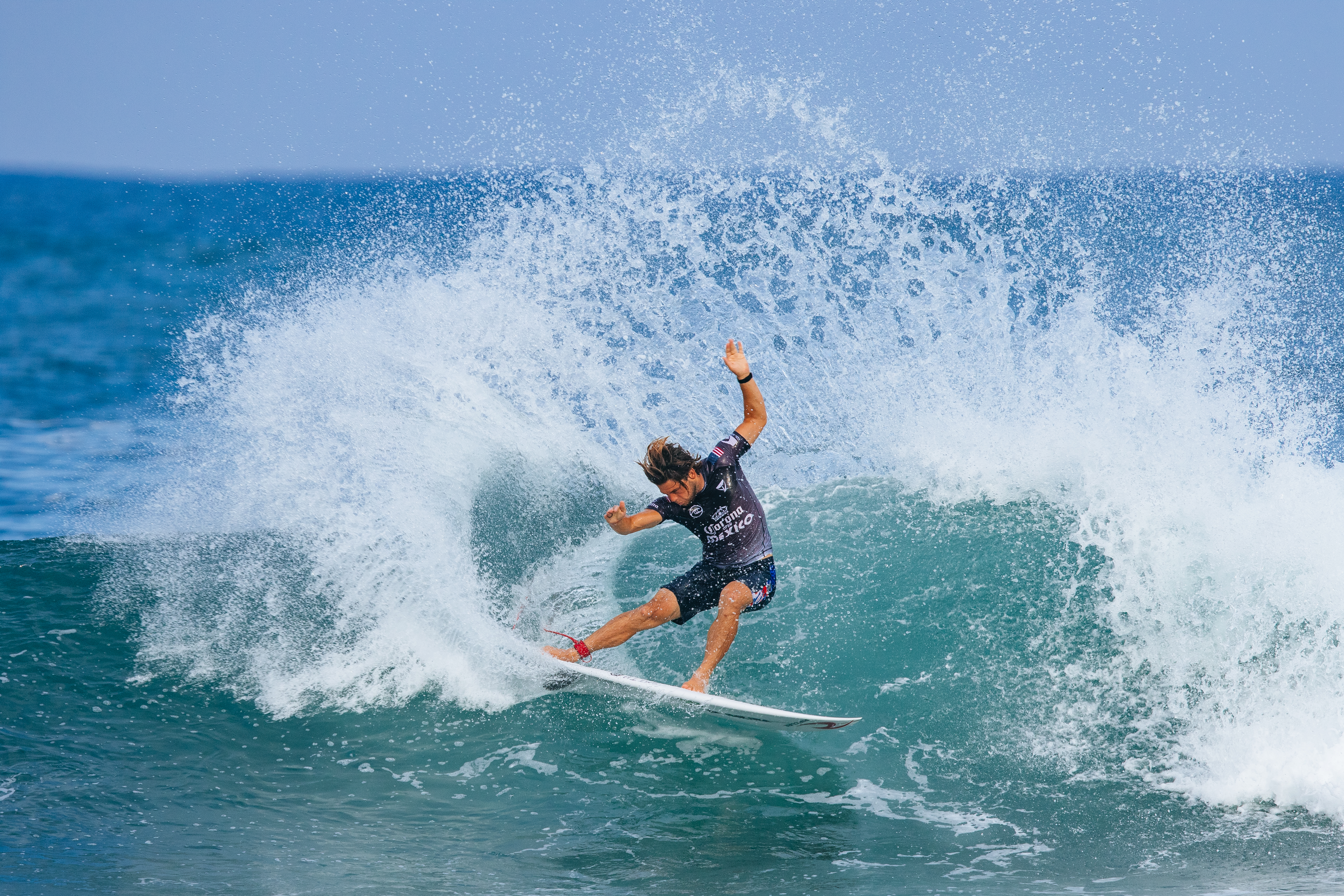 I'm stoked that Morgan Cibilic is in this field. He came out of nowhere in Newcastle and lit the place up. He did really, really good at Rottnest. One of the best waves of the entire year, in my opinion, was Morgan's left hander when he lost to Gabriel at Narrabeen, where it was just a spontaneous take off under the lip backside. He gets a big barrel, and he comes out and surfed that wave amazingly. It indicated to me Morgan's ability to spontaneously do something unexpected.

With Connor Coffin in that first heat against Morgan, we're expecting Connor to do the expected: big power turns, bottom turns, bottom-turn top-turn combinations, and huge carves. He does really, really beautiful power surfing. But I don't expect Connor to do something out of the unusually normal and do something crazy.

That's the way that Morgan can get past Connor. 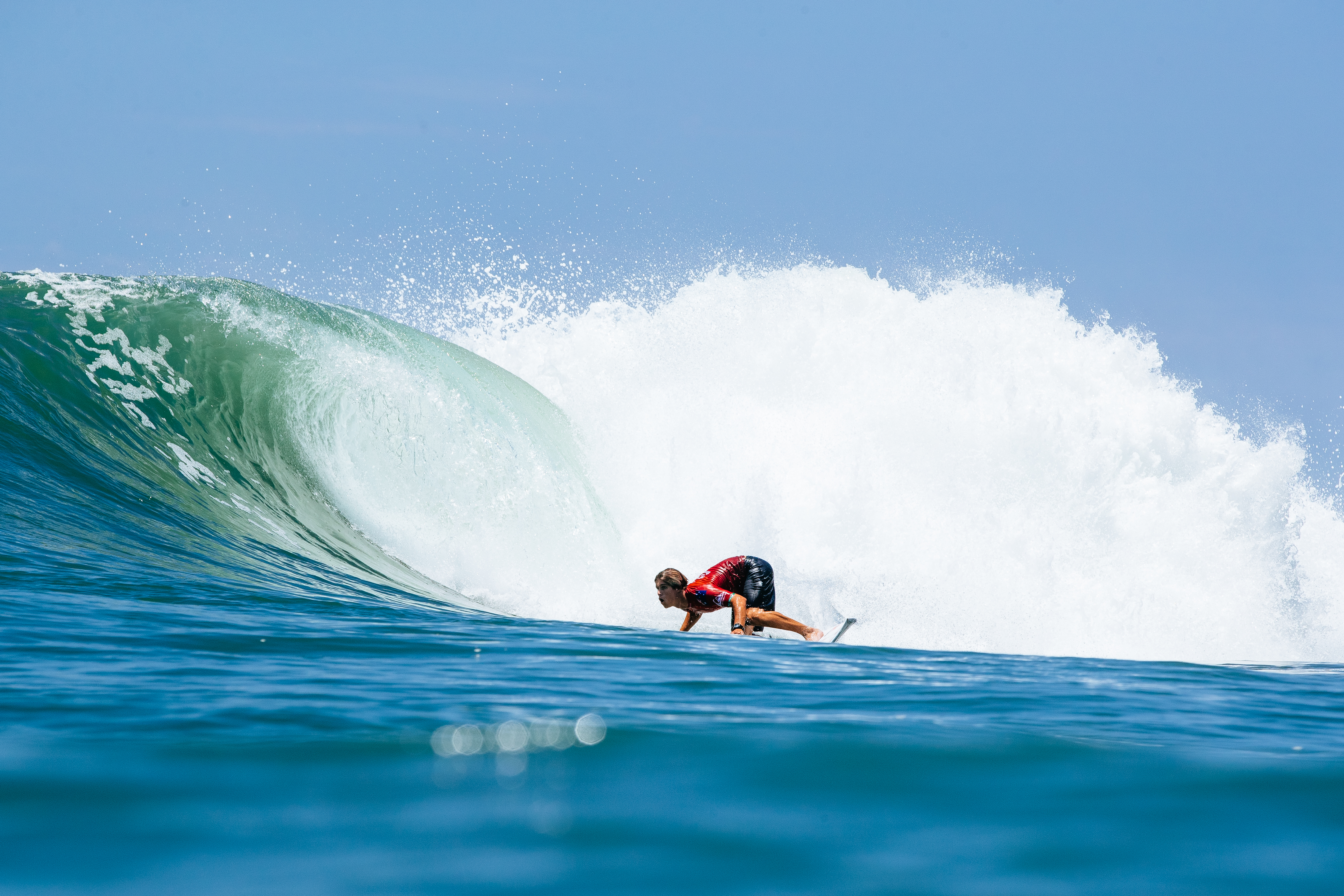 Morgan will come up against Filipe Toledo, who, out of this entire men's field, is probably the local at Trestles, because he's lived in San Clemente for years. He’s been able to fine tune these boards and has been spectacular in his performance surfing at Lowers. But I want to remind everyone that Toledo won the whole contest with power surfing at Margaret River.

And if it's going to be eight-foot faces, I'm beginning to think that we would be looking at Lowers as if it was Jeffreys Bay in South Africa. You’d see big power turns and big maneuvers. We know what Toledo did at Jeffreys Bay – he scored 10-point rides with two aerials per wave.

Now with that power base that we saw Margaret River, I would see Cibilic need to do something absolutely mind boggling to get passed Toledo.

I'm thinking that Toledo moves on to meet Italo in the next heat. 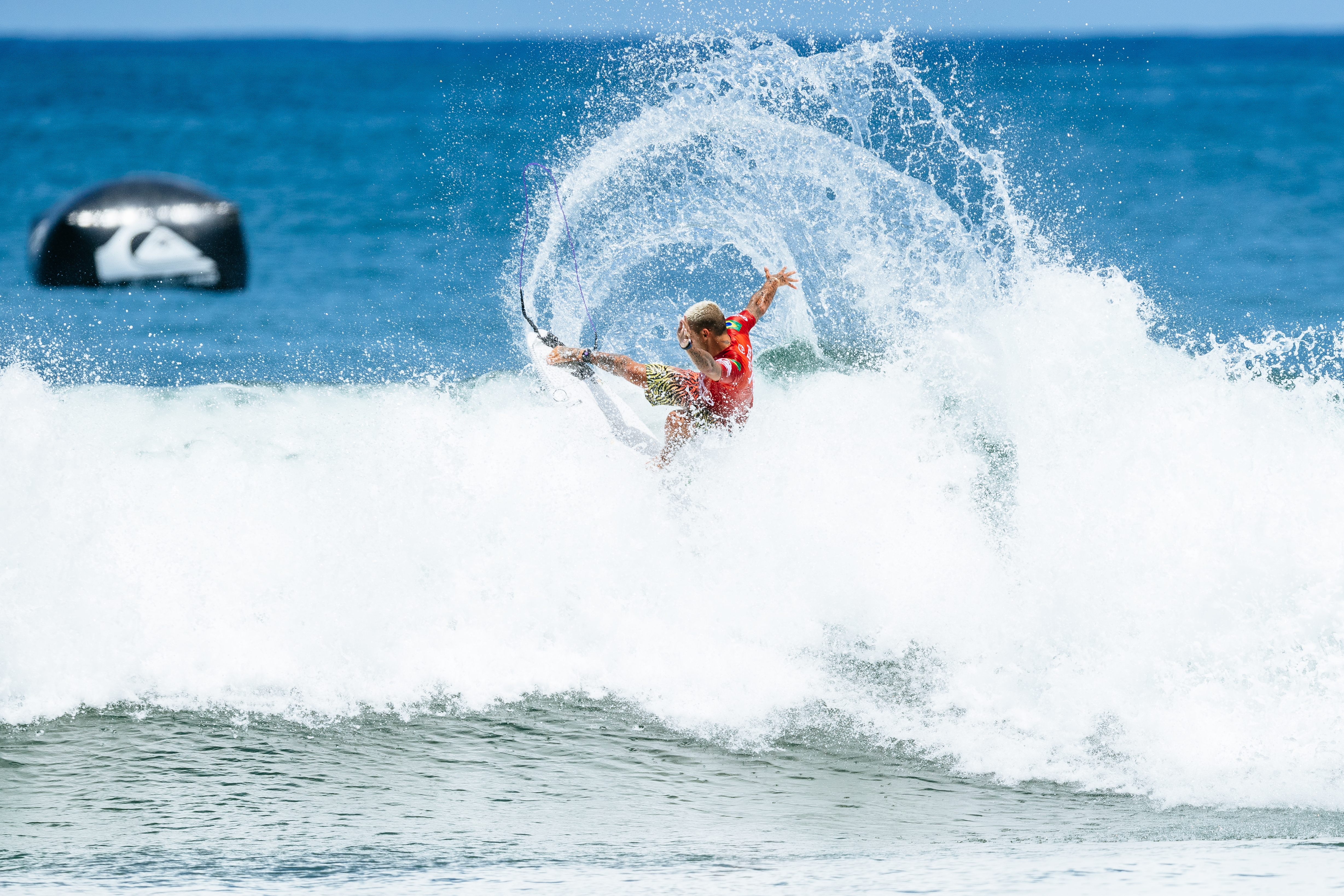 Italo is absolutely spectacular in all his shortboard and small-wave performances. If it's big and powerful, he was looking pretty good at Margaret River, too. But I would give the edge in that particular situation to Toledo. 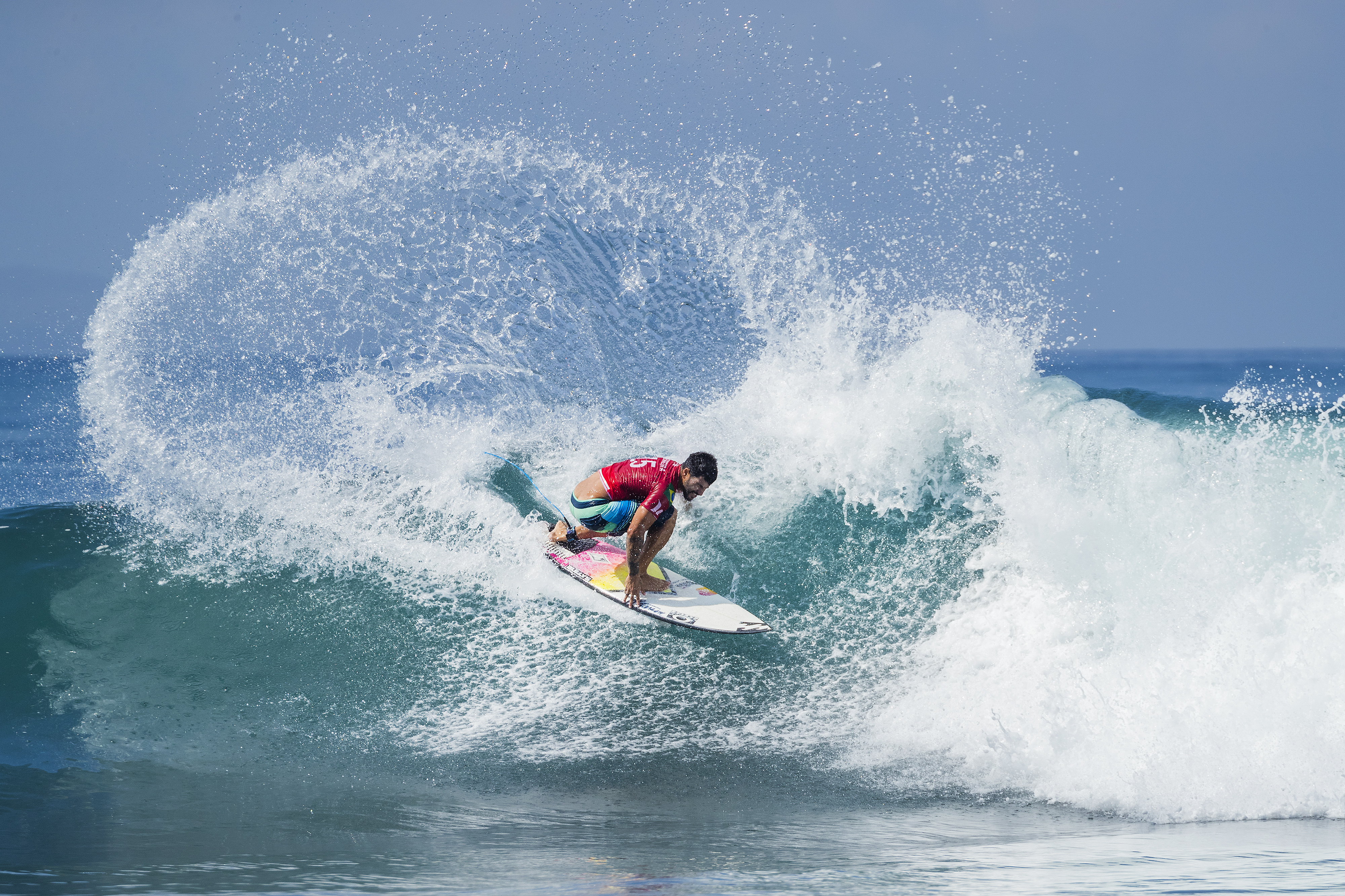 Coming into the grand final of the WSL Finals, I’ve got Gabriel matched up against Filipe Toledo.

Now, this isn't just a single knockout heat. This is going to be three-set match. This was tried back in the 80s. We did it at the OP Pro at Huntington Beach. It's actually a really cool format and it gives people a chance to see these guys battle. Someone can lose, get bummed out, come out all cylinders firing, even it up, and then you go for the world title with the one final matchup. 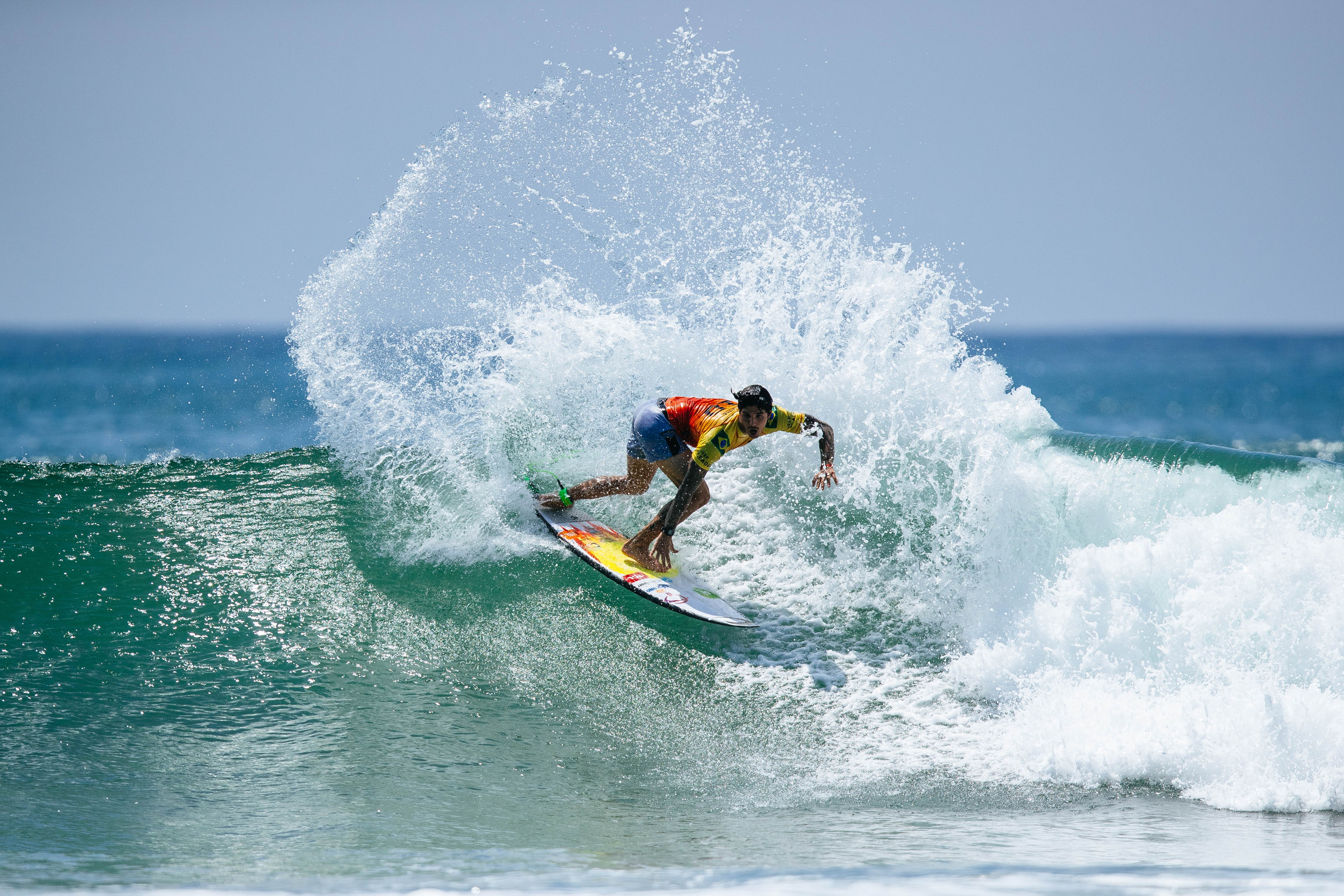 I'm thinking that Gabriel, knowing that he's the only guy in this field who has something to lose, is going to be a motivator for him. Either going left or right he’ll do great. When we've seen him at Jeffreys Bay when it's been huge, Gabriel has just been absolutely amazing.

So, in my mind, the grand final will be one heat a piece Toledo and Gabriel, and Gabriel will take the win because his confidence and his motivation is so strong. He’s going to win the world title.