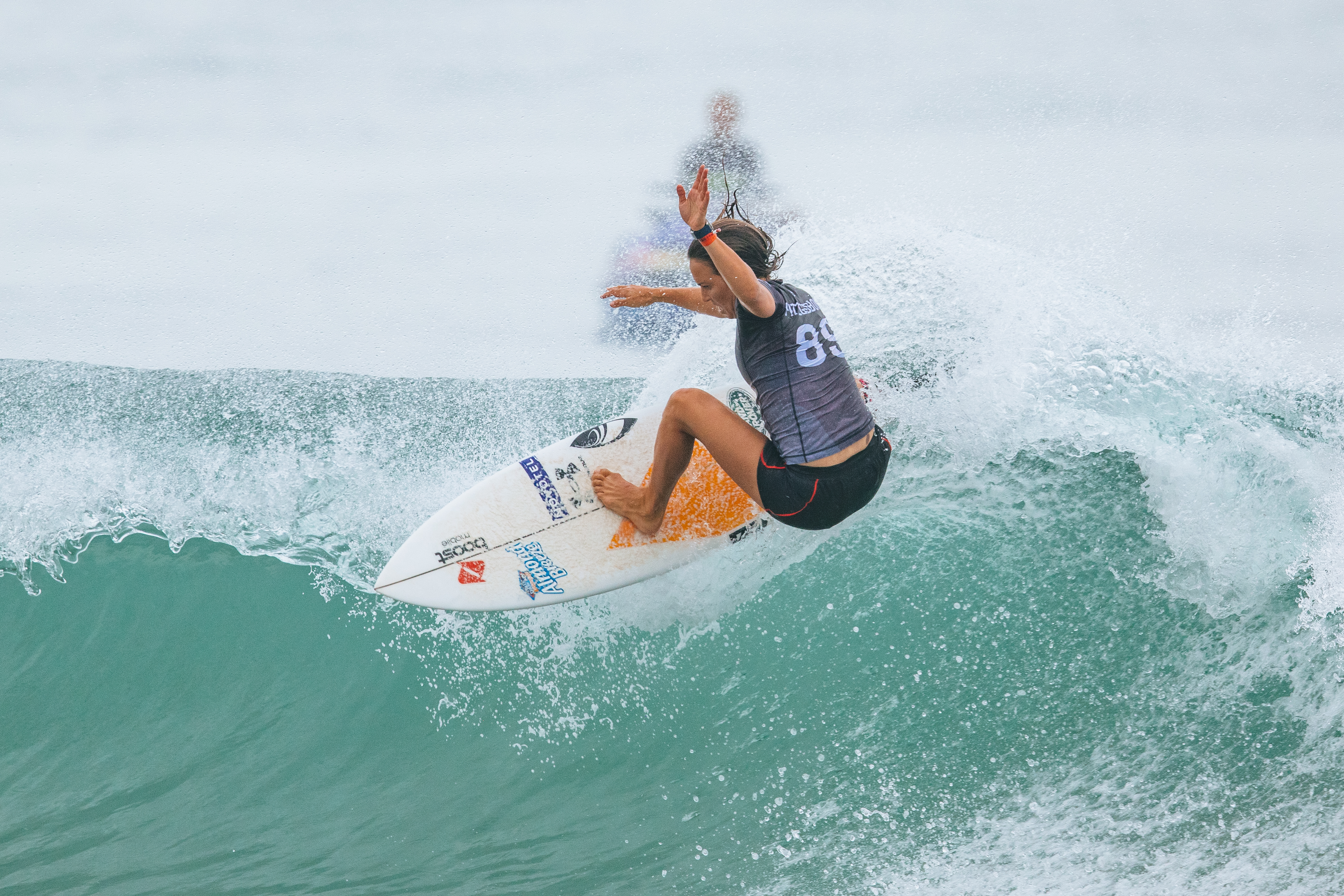 The 2021 World Surf League (WSL) Championship Tour (CT) will hold the first-ever Rip Curl WSL Finals in the best surfing conditions, running over one day, between September 9 - 17 in the new, winner-take-all event to decide the undisputed 2021 World Champions. Currently the WSL officials are eyeing a good south swell to start showing on September 11, with bigger surf over the following days.

The top-tanked female surfer Carissa Moore (Hawaii) will have a major advantage over the other WSL Final 5 contenders as she will be seeded directly into the Title Match, a best-of-three showdown to determine the World Champion. The remaining surfers will enter the Rip Curl WSL Finals bracket based on their year-end rankings. The women will be the first to take the water with Match 1 and will alternate with the men for the remainder of the day. 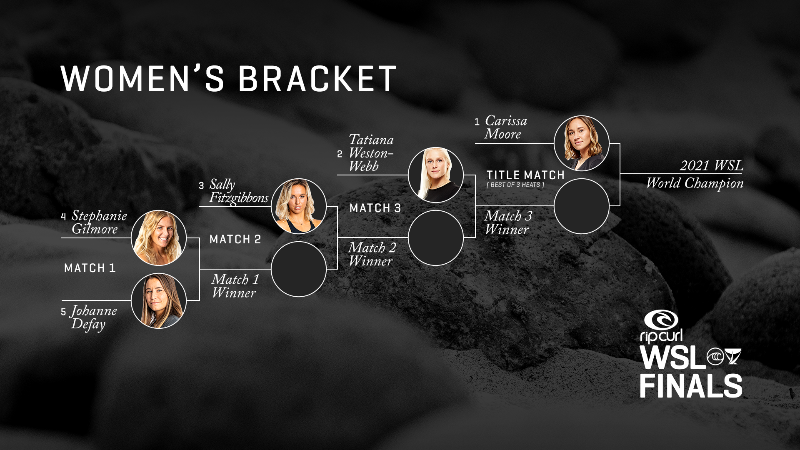 On the women’s side, Match 1 will see rookie Johanne Defay (France) face off against Stephanie Gilmore (Australia). Matches will have a traditional heat format in a head-to-head competition. The winner will advance to Match 2 where she will face world No. 3 on the WSL Leaderboard: Sally Fitzgibbons (Australia).

The winner of Match 2 will then face-off against the number-two ranked surfer, Brazilian Tatiana Weston-Webb, in Match 3. The winner of Match 3 will move on to the best-of-three Title Match, where she will face the World Number 1 Moore in a head-to-head competition with a traditional heat format. The first surfer to win two out of three heats becomes the undisputed 2021 World Champion.

Surf legend and Surfing.com’s own Ian Cairns previews the upcoming 2021 Rip Curl WSL Finals, the women’s match ups, and predicts the outcome of each match and who will win the World Title. 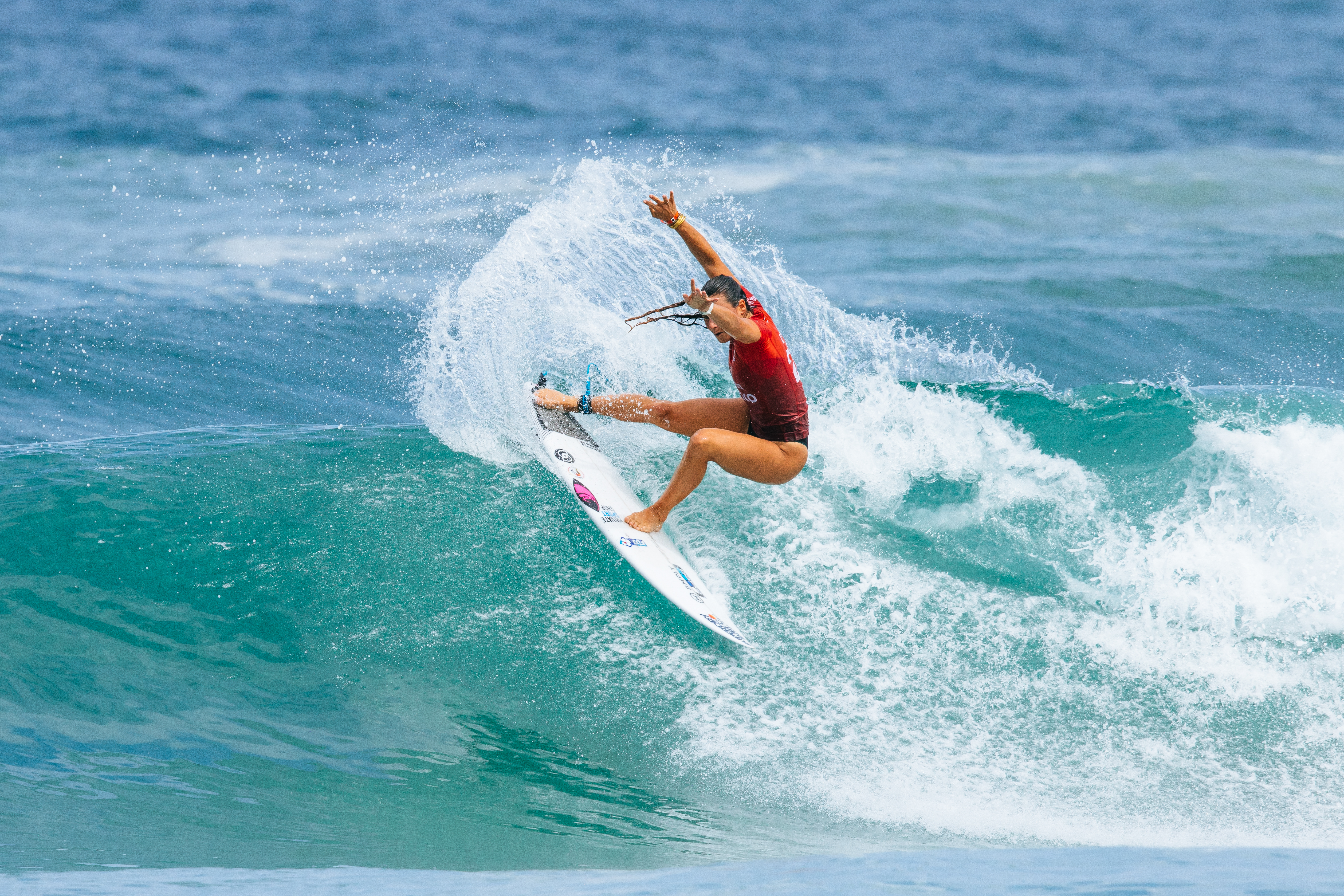 If the swell was small, medium, shoulder, head high, with a mix of western south in the swell, I would have really given Johanne Defay a chance against Stephanie Gilmore.

But if this swell arrives, with these like deep take offs, tube sections, big, massive wall sections with a beautiful face, Stephanie Gilmore is just too good in that kind of surf. It's what she grew up with. I see Stephanie moving on into the next matchup against Sally. 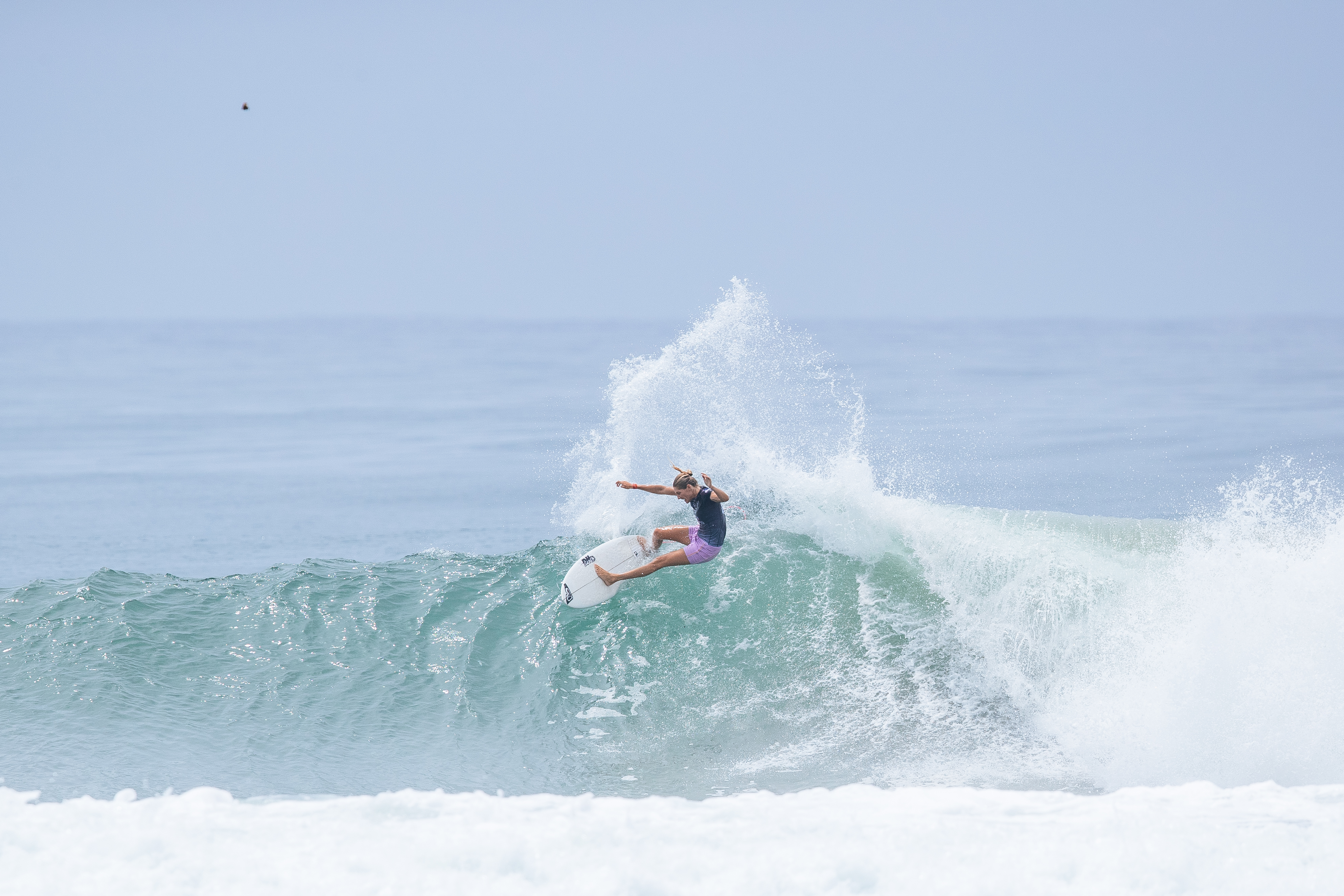 Sally has always been the bridesmaid. She's getting on in her career, but she was so motivated in Western Australia. I'm think this is going to be very, very close, and I would be trying to match up the little bit of jazz and pizzazz that Sally brings to her surfing against Stephanie.

Then I'm thinking about motivation - is Stephanie motivated? There couldn’t be anyone in this field more motivated to use this as an opportunity than Sally Fitzgibbons. I'm going to give the win to Sally on these big powerful turns because I think she will do something jiggy in the heat. Because it's really do or die for Sally.

Then Sally will come against Tatiana. Her backside is kind of spectacular. I've seen her surf at Lowers all the way back to the US Championships. I watch her ability to work the lineup, get great waves, and out-paddle people back in the day when she was just an amateur. I think this is a really great opportunity for Tatiana to do massive surfing on her backside all the way down the line, with huge maneuvers.

But, in this heat, Sally's motivation and her basic surfing skills on her forehand, is going to move her past Tatiana. 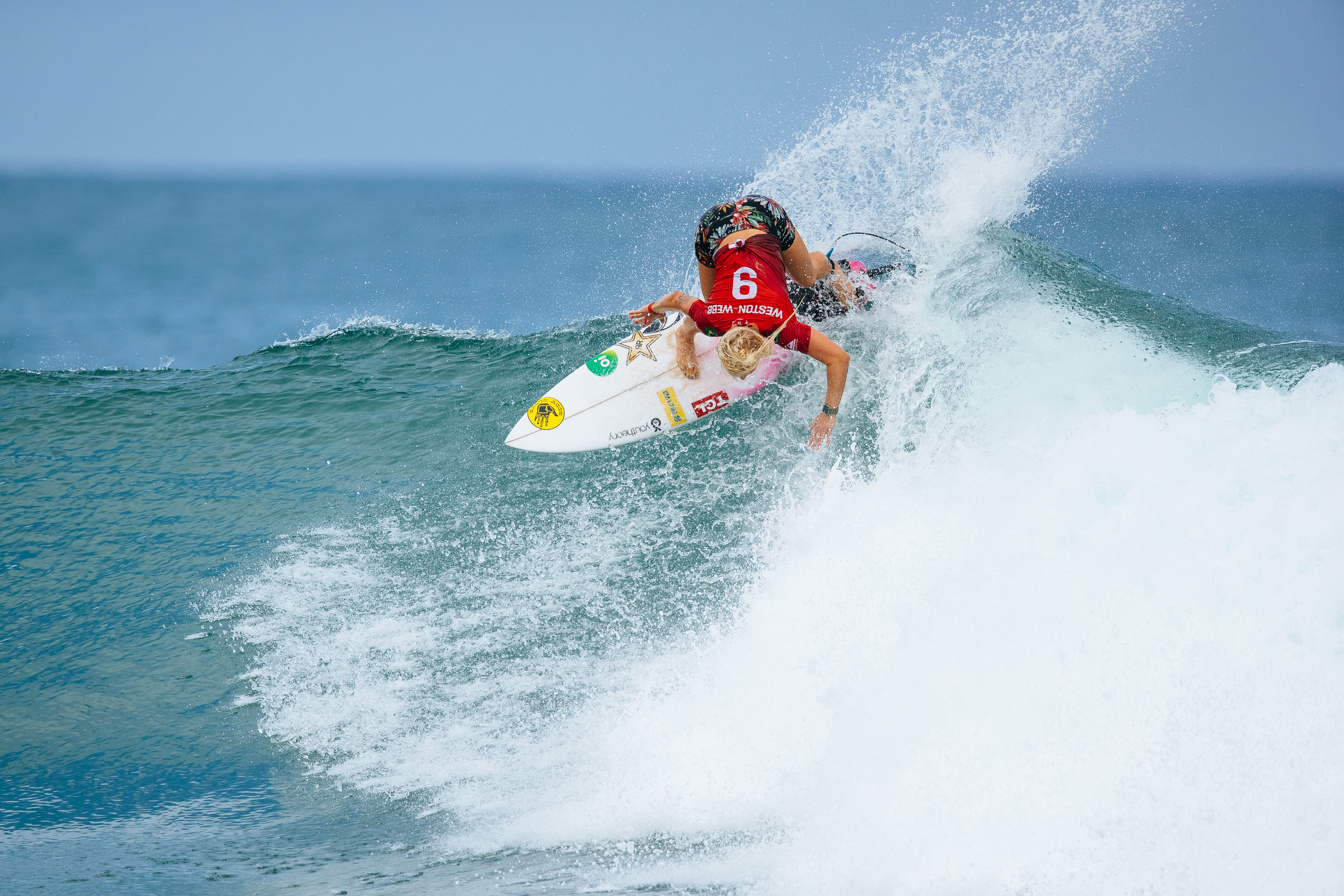 So, I believe the three-set final will be Carissa Moore against Sally Fitzgibbons. This is the instance where again in this field, the only person with something to lose is Carissa.

She's sitting there waiting. I wonder, how’s her headspace? Is she stoked to have go out there and kill it? Or is she worried that she's going to lose? Because Carissa, when she’s in the headspace of just letting her surfing flow, is absolutely unbeatable in the women's surfing world. 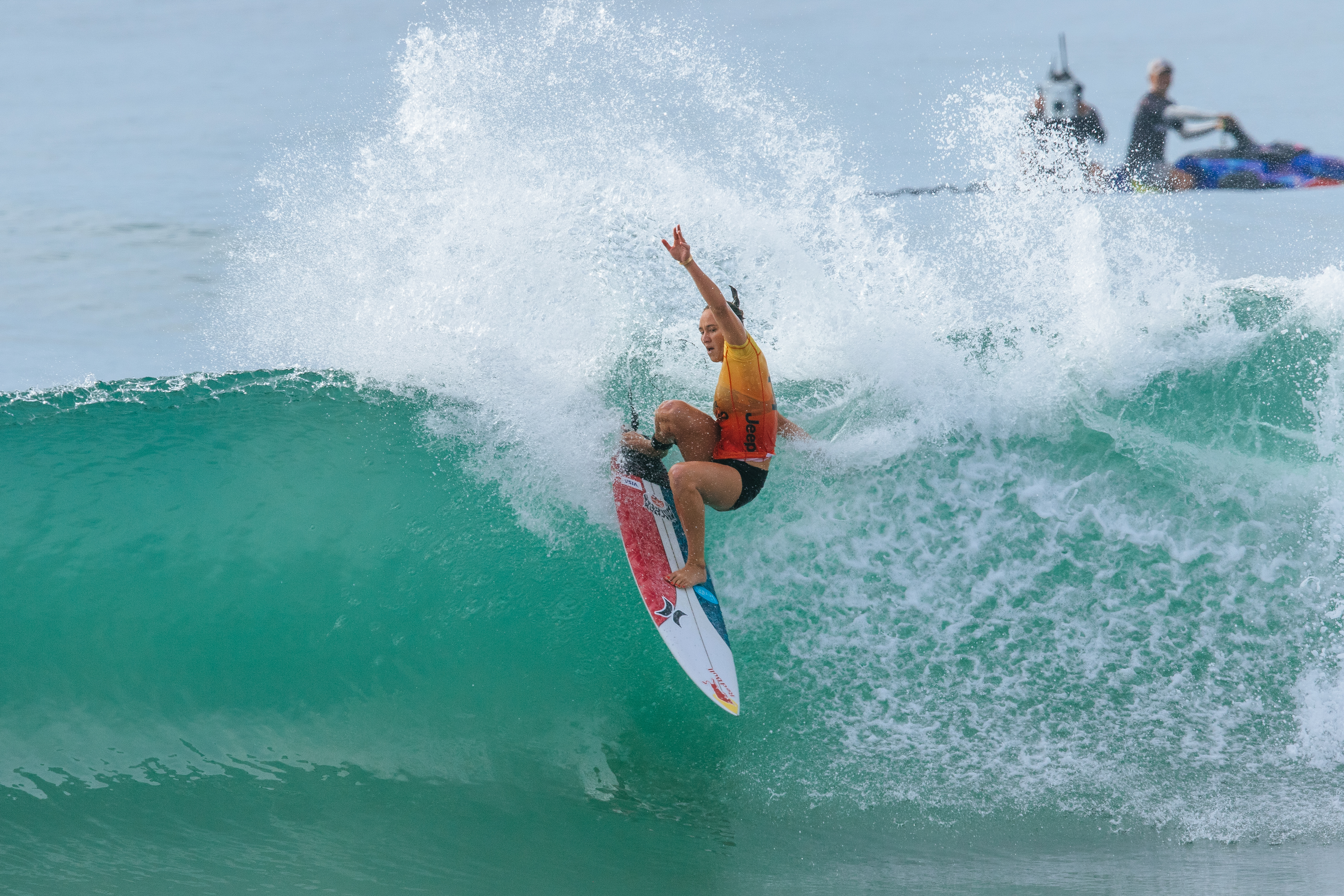 Moore has been unstoppable all season. Photo: WSL

It will go to the third heat, where I'm going to go with Fitzgibbons for the win. If anyone deserves the opportunity to win a world title in this sort of spectacular fashion, it’s Sally. She’s an incredible surfer. This is a huge opportunity and I believe she'll bring everything to it.

I'm calling for this event to be good. If that swirl shows up, and we do get that perfect Lower Trestles with a big southwest swell, overhead to eight-foot faces, it's going to be an incredible event. My love of competitive surfing is that’s my dream. I want that to happen. 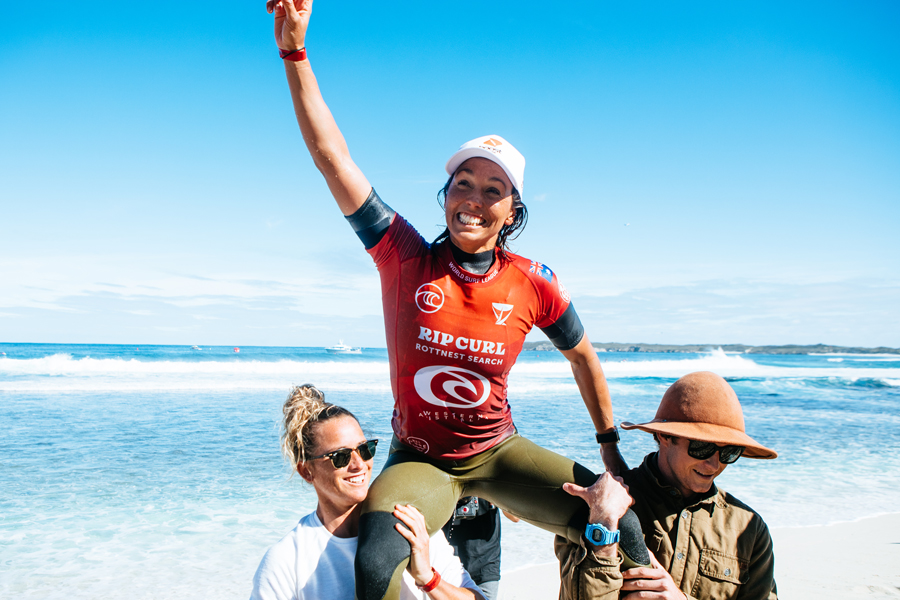 Sally won at Rottnest. Could she do it in the Finals? Photo: WSL